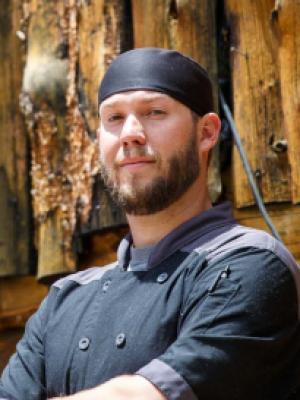 
I started my culinary career in Texas working at several high end restaurants around the San Antonio area, after spending a few summers in Grand Lake, CO, I moved to Steamboat Springs, CO and worked for Steamboat Restaurant Group until finally finding my way to Telluride, CO. I am the Chef de Cuisine at Bon Vivant during the winter and catering and events at Gorrono Ranch during the summer. My style of cooking is taking time –honored recipes and putting a modern spin on them using local fresh ingredients whenever possible. I have competed in every competition I could get into for the last 5 years. I won Top Chef Telluride in 2015 and plan to compete again this year. This last winter I received Chefs Choice at the Telluride Chocolate lovers competition. Three years ago I won Locals Grand Champ at the Telluride BBQ Festival. This year I plan on taking the World Bacon Championships and The title of World Food Champion at the final table.