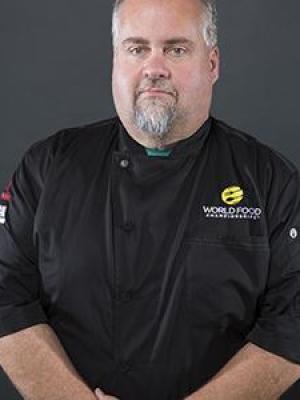 
Executive Chef Dean Kronauer My passion for food began at a very early age. With my father being a cook in the military. When he would cook at home, I would sit on the counter watch. My mother was a great cook also. As I grew older I would help my mother cook meals. The real treat was going to Grandma’s house, she was a true southern "from scratch cook". I watched her whenever I got the chance to. It was a learning experience for me. I starting cooking professionally in a southern Donut shop. From there I moved to A small dinner where I did everything there was to do in a kitchen. While there I was able to start developing my own recipes and cooking style. I worked my way up to lead cook. From there I moved to a lead cook position in a fine dining restaurant. After a time I was able to get in to buffet style cooking. I started as A line cook and worked my way up to Sous Chef with-in six months. I worked in a other Buffet Restaurants after that. In 2001 I began working at the Palace Casino Resort Buffet, Biloxi, MS. I have worked my way through the management ranks and I am currently the Executive Chef of the award winning Best Buffet in the market. Along my journey I have entered in many culinary competitions winning some along the way.