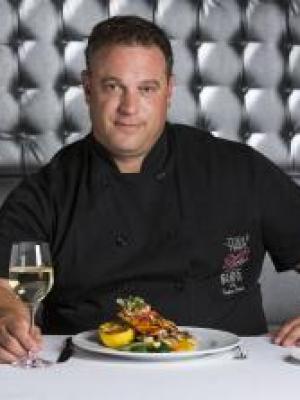 
Chef and restaurant owner Stephen Perrin is not only classically trained in fine dining but is also one of Canada’s top BBQ masters. Perrin began his career at George Brown College in Toronto. He expanded his culinary talents by working under distinguished chefs at spots like Est Est Est, a high volume trattoria in Manchester, England, Hanbury Manor in London and North 44, a high-end steakhouse in Toronto. Stephen then went out on his own and became the Executive Chef and owner of four highly successful restaurants in Ontario, Canada – Terra, Sarpa, Rusty’s and Francobollo Posto Italiano. Perrin also has a passion for barbeque and has received many first place titles in various grilling competitions, solidifying his position on the map within the North American BBQ Circuit. Stephen’s overall cooking philosophy is to use the best and the freshest ingredients possible, keep it simple, and allow the natural quality of the ingredients to shine.