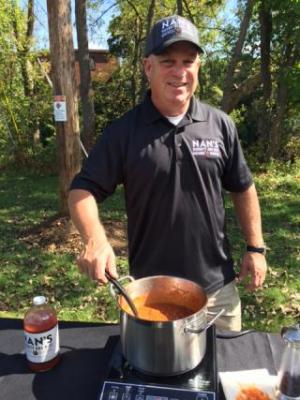 
Terry is former rugby player and the co-founder of Nan’s Naughty And Nice Bloody Mary Mix and Recipe Boost with focus on sales and marketing. He has been making chili much of his life and earned the opportunity compete at the 2015 World Food Championships with his ALL WISCONSIN Chili at the River Falls Bacon Bash. He is a fierce competitor and uses unique ingredients to add the right “punch” to his chili. When he is not in the kitchen making chili, he is out biking, cross country or alpine skiing or watching just about any sporting event on TV, including "Beat Bobby Flay on the Food Network.