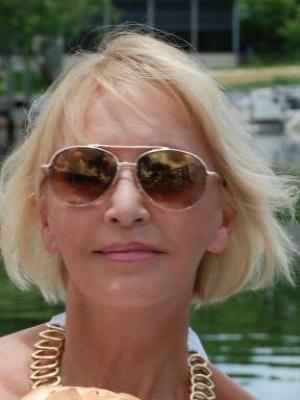 
KC started of in the foodie competition world with a bang by winning the coveted Kraft Foods Real Women of Philadelphia original host position after out-cooking over 40,000 entrants. She continued on working with Kraft Foods and the Real Women of Philadelphia for another two years, honing her public presentation, recipe development and video hosting skills. Her recipes have been featured in Rachael Ray Magazine, Taste of Home Magazine, Edible Sarasota and Paul Deen Magazine. She has given live cooking demonstrations from Rockefeller Center at Christmas time in New York to the Germain Arena in Fort Myers Florida for audiences of up to 3,000. Never one to pass up a challenge KC Quaretti entered and made it to the top 30 home cooks in the United States on Master Chef Season 2, cooking for Gordon Ramsey, Joe Bastianich and Graham Elliot. Her video cooking show, Chat ‘n Dish was chosen by The Food Network to be aired twice a week sponsored by the Florida Department of Agriculture. Chat ‘n Dish went on to air on Koldcast TV receiving the high honor of achieving 30,000 views in one single day. Her recipes and videos are featured on ifoodTV, Food Daily, Pinch of Sugar and MyPod Studio, the Food Channel an many other locations. You’ll find strong French and Italian influences in KC’s dishes which come from living in the south of France for over a decade. KC and her family were only 45 minutes from Italy so grocery shopping excursions to San Remo, Italy were a monthly occurrence and visits to and from her Italian husband’s family were common. KC has modernized and presented on her Chat ‘n Dish video show many traditional family French and Italian country dishes making them healthier and faster to prepare along with tried and true cooking tips from someone who’s been creating family meals and entertaining guests for over a quarter of a century! If it’s in season, eat it, if not, don’t, is a motto KC uses often in her Chat ‘n Dish videos. Her goal is to show the viewer how easy, healthy, rewarding and economical home cooking can be. Following her video tutorials will give you the opportunity to be a cooking star in your own home making dishes that will bring your family running to the table!