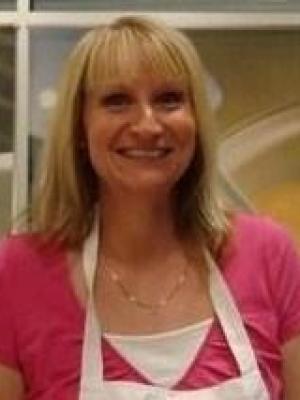 
By day, you can find me working behind a desk in the Administrative Division of a Parks and Recreation Department at a local municipality. By night and weekend, you will find me in the kitchen or outside at the grill, creating and testing new recipes. I have been entering cooking and recipe contests for about seven years and am amazed at the wonderful opportunities it has afforded me. I have been published in numerous magazines and cookbooks, participated in the Tillamook Macaroni and Cheese Cook-off, Aetna Healthy Food Fight, Beringer’s Great Steak Challenge, Reser‘s Potato Salad Contest, 2012, 2013 and 2014 World Food Championships, New England Soup Cookoff, Riunite Chili Challenge and Pillsbury Bake-off. I have been extremely fortunate to have won The USA Pears Contest; The Chew/Bush’s Grillin’ Beans Grilling Contest; Fage Total Plain Kitchen Contest; St. Francis Grilled Cheese Contest; Ready, Set, Cook Hidden Valley Ranch Contest; Buitoni Supper Star Contest; Premio/Party’tizers Super Bowl Dip Contest; Spicy Holiday Heat Contest; NatureSweet Glorys Recipe Contest and Kellogg’s Eggo Your Way Contest. From these contests I have been able to do things I would never have dreamed I would do. I have appeared on The Chew and cooked with Michael Symon; had a first class trip to NYC for a hands-on cooking demo/meet and greet with Bobby Flay; trips to Oregon Wine Country, Napa Valley and Sonoma Valley, some nice cash prizes, and even had one of my recipes appear on the menu and served at a large hotel chain. One of the best things I have come away with is all the friends I have made along the way, and I can’t wait to see so many of them in Celebration.