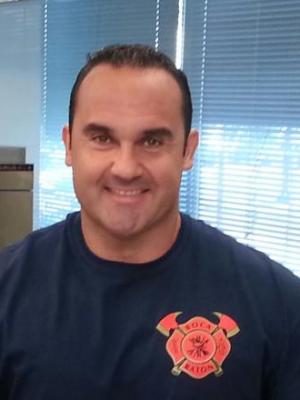 
I grew up working in my Family's Italian Restaurant, until I graduated from High School and left for College. I promised myself that I would never return to a kitchen again. After becoming a Firefighter for the City of Boca Raton, I began cooking again and rediscovered my love for cooking and more so for feeding people. Last year I entered the Steak-umm Firehouse Challenge and through the challenge appeared on the Steve Harvey Show, cooked live on Fox & Friends and appeared on a nationally televised commercial. I was the first place winner and fan favorite. Since then, I was runner up in Budweiser's Bud and Burgers Championship, where I had the opportunity to cook for hundreds of people at the Taste of Cincinnati in the semi finals and for thousands at the Finals in St.Louis at the Budweiser Brewery. Most recently, I was announced as a semi-finalist in the Chevron Game Day Chef competition. I have a genuine passion for cooking. I cook mostly for my family and my crew at the Firehouse and have enjoyed the opportunity to travel and share my love for cooking with others. I feel Honored and Humbled to be participating in the WFC.