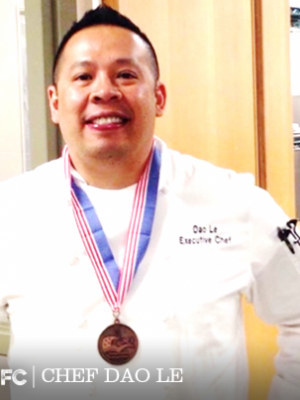 
Following graduation from Johnson & Wales in Miami, FL, moved to Cleveland, OH for a Sous Chef position in an Italian restaurant. Served as Executive Chef in Pittsburgh, PA at a French restaurant and has opened multiple American dining establishments in Chattanooga, TN, including a fine dining establishment and several casual dining restaurants. Previously worked as Executive Chef at Mystic Java, Northshore Grille, Cibo, High Point, and Champions Golf & Country Club. Currently is the Executive Chef at the Whirlpool facility in Cleveland, TN.