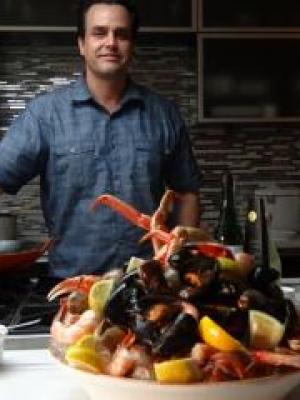 
My Love of food started at a young age. Due to my fathers business travels throughout Europe, I was exposed to many culinary regions - from German Schweine Haxn, French Escargot, to Spanish Jamon Iberico at an early age of 5. My intense hunger was uncontrollable. During our time in Germany, I was known to disappear to the neighbors' house, several acres away, to see what food was available to eat. "Ich habe hunger" was the first German phrase a learned. As I grew into adulthood, my interest also sprouted into the technology industry. Today I run my own IT consulting company. However, my hunger for food is still a driving force. Each year from May to October, you can find me competing on the KCBS BBQ circuit.