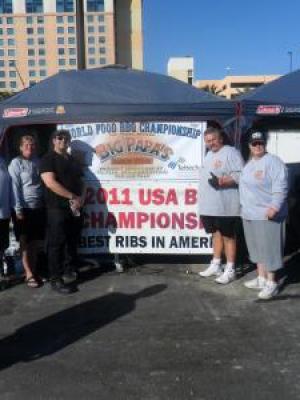 
Big Papa's Country Kitchen has been competing for 8 years. The lst year of the WFC we were Reserve Grand Champion, The next year we were lst in Pork. We are very excited to be competing again. This year will be the lst year we will be able to compete with our equipment since the WFC moved to Florida.