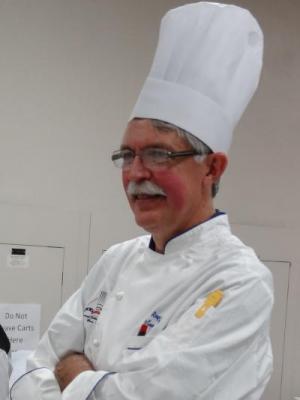 
Chef Roger Knapp has been in the culinary industry for 40 years. He has been an instructor for the Culinary Arts Program at Bates Technical College for the past 24 years. Chef Knapp is a former graduate of Bates Technical College, Culinary Arts Program. He is also a graduate of the CIA, Culinary Institute of America in New York. While in New York Roger worked at Tavern on the Green then worked his way up in the Hotel industry at the Hilton and Sheraton Hotels in Seattle, Los Angeles and San Diego. He has also worked as Chef for the Ritz Carlton Hotel in Atlanta, Georgia. Before leaving Atlanta, Chef Knapp also successfully owned, and operated his own catering company, as well. Currently, Chef Knapp is an active member of the ACF and has served as a board member for the past six years. Chef Knapp has also had the pleasure of working with Pro Start High School programs and has been a judge at the Skills USA competitions.