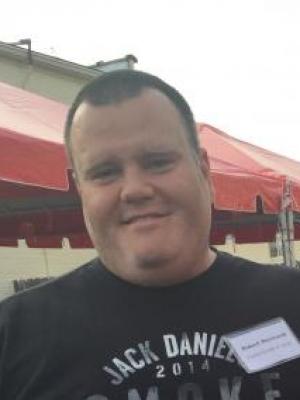 
A 17-time Grand Champion, and the 2015 Canadian National BBQ Champion, Rob Reinhardt has blazed a trail through Canadian barbecue like no other competitor. Rob has been cooking in the world of competition BBQ since 2008, the same year he and his wife started Prairie Smoke & Spice BBQ - now a successful catering business, food truck, and festival tour business which serves championship bbq at the biggest fairs and festivals in Western Canada. The business has been a full time endeavour since 2012, when Rob left a 12-year management career to pursue his passion. Rob runs Canada's largest BBQ school, with over 20 dates in 2015 and over 1000 students trained to date. Rob will be the guest Canadian Chef at the 2016 Memphis in May World BBQ Championships. Other highlights include a 2-time Jack Daniels World Championship win in the Chef's Choice category, and 5 invitations to the Jack Daniels World Championship Invitational Barbecue, including 2015. Rob competed in the World Food Championships in 2012.