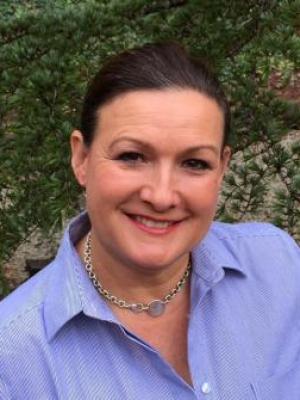 
I went to Culinary School years ago, wanting to be in hustle and bustle of a busy kitchen. I loved the action packed business that that kept you working for 14-16 hours a days. It was fun; I was single and it was the 80's! Now retired from that part of my life, married and settled down, currently I cater and compete on the BBQ circuit. Cooking for me is not just preparing a meal, its expressing your creative interests and your love for others, sometimes its the only way I can show it! I have a bumper sticker that says "Love People, Cook them Tasty Food" I think that sums me up! Since 2009, I have been one of the few Pitmistress's on my own BBQ Team and I compete in the Southeast. This year I have 3 Grand Championships and one Reserve Grand Championship under my belt, as well as many top 5 calls. I am currently leading across the board in all 4 meat categories in the Georgia BBQ Championship. Last year I competed on Travel Channels American Grilled and won 10K for Grilling Skills! In 2013 I was the first woman to win a Grand Championship for the Sam's Club National BBQ Tour as well as the Prestigious Dillard Georgia Contest, 19 years and I am the first woman to win, Wow, what a honor! I won 3 golden tickets, one in sandwich, one in chili and of course one in BBQ, but I am wanting to branch out in my competition world and compete in some other categories; so watch out for me in more categories in the future! I am looking forward to cooking in a category that I Love! Chili! Its one of my favorite dishes to cook in the winter months when I'm not out on the BBQ Circuit!