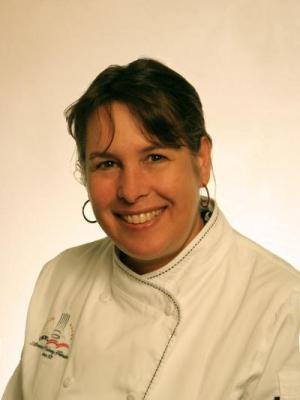 
Janet Waters Chef Janet Waters  Full-Time Faculty  (425) 739-8304 Janet Waters teaches a variety of curriculum for the Baking Arts program. From 2000 until present she has developed curriculum and served student's diverse needs. Before coming to Lake Washington Institute of Technology, she had experience in early childhood education, delicatessens, bakery, candy and cake production, and office and retail diamond sales. She has performed catering and banquet service and research and development. She has edited textbooks for the Wiley Company, has taught contract training with the U.S. Navy and prepared food for the Governor's Inaugural Ball. Her teaching focuses on baking fundamentals with emphasis on quality production and employability. Baking students have won many first place awards. She has coached American Culinary Federation Knowledge Bowl student team where we won Nationals and have returned for four consecutive years. Janet herself has won multiple silver and bronze medals from the American Culinary Federation. Many First places and best in the professional division in the Washington State Sugar Artist shows. She was awarded the Bertha Wright Biscuit Award, the Nesbitt pie award and two best in shows at the Evergreen State Fair. She has earned the Certified Working Pastry Chef certifications from the American Culinary Federation and serves as the secretary for the Washington State Chefs Association. She had been a proctor for the King County Health Department for food handler testing and is a proctor for the National Restaurant Association. http://www.lwtech.edu/explore_our_programs/baking_arts/default.aspx