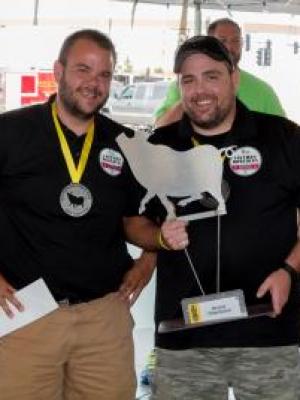 
Born from rivalry, revelry, and family, Freeman Brothers BBQ was founded as a competitive BBQ team in 2006. Our award-winning smoked meats and creative side dishes have developed a small cult following in the greater Madison area. We have competed around the upper Midwest as well as in the American Royal Invitational and Jack Daniel's World Championship. The team consists of Aubrey Freeman, an experienced pit master, with eight years of experience in competitive BBQ at the highest levels and Peter Freeman, an experienced restaurant operator with 15 years of experience in restaurant operations.