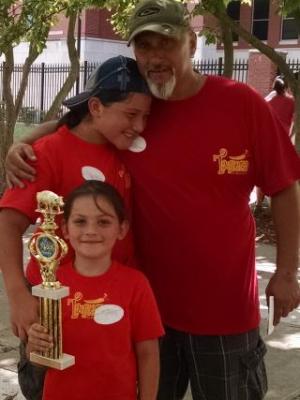 
I started as a food vendor at festivals 10 years ago. I mainly served fried foods like funnel cake, fried cookies, fried pickles, fried green tomatoes. I became known as "the guy who would fry anything". If someone brought me something, I'd batter or bread it and fry it. As I was accepted into more festivals, my menus changed and evolved until I reached my current most often used menu, Mexican. I have always enjoyed experimenting with food and coming up with new twists on old favorites.