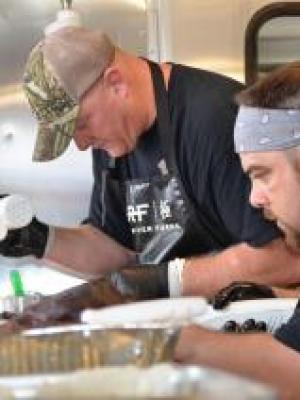 
Good Buddies BBQ is a two man team from Lakeland, FL. Bobby King and Joel Vann have been cooking competitively for the past two years and have achieved some consistent success in a short period of time. We are passionate about BBQ and Cooking in general and pride ourselves in focusing on details. We look forward to the opportunity to compete against some of the best BBQ teams in the nation.