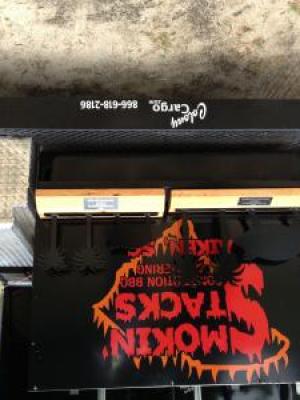 
Smokin' Stacks Team has been cooking since 2009. We have finished in third place in the SCBA state championship in 2012 & 2013 and won the State Championship in 2014. We attended the first WFC and finished 4th in Pork. The team captain is Jeff Smith with 3 other team members Larry , Andy and Dwayne .