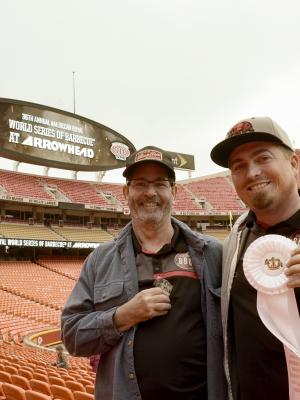 
Tooftop Barbeque got its start 5 years ago and has since then won multiple Grand Championships and hundreds of awards. We have also been WFC BBQ finalist for 2013-2-014. This will be our third year competing at the world food championships, and we hope to be at the final table representing BBQ.