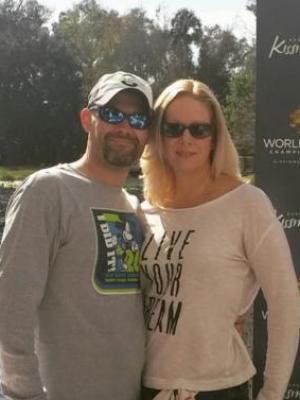 
Although I've been baking since I was 8 years old in 4-H, I didn't begin baking competitively until 2007, when I first entered the National Pie Championship. By 2013, I won the National Pie Championship with my key lime pie, which also qualified me for the 2013 WFC. Surprisingly, I made finals in 2013, which automatically qualified me for WFC 2014, during which I made finals AGAIN and qualified for WFC 2015 in Kissimmee. Since 2013, AMF Cakes & Pastries was born, and my food, travel & adventure blog "Sittinonasandbar.com" was established spread over Facebook, Instagram, and Twitter. These days, my baking has branched out to recipe contests, travelling to breweries, wineries & distilleries around the world, and sharing travel deals & alternative destinations with fellow adventurers.