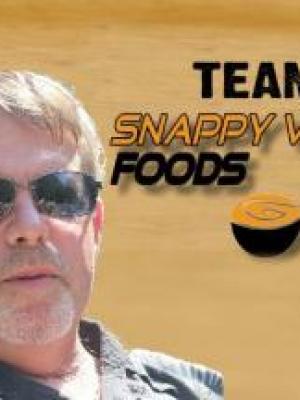 
Dave has spent many years in the food industry, from owning his own West Coast catering company at the age of 20 to starting a successful food manufacturing business producing award-winning salsas. Recently expanding his product line from salsas to Margarita mixes, Pepper Jellies and a line of Southwest seasonings, Dave's passion for great tastes are being recognized by thousands of fans. The stages at the World Food Championships will be the battleground for Dave to showcase his culinary talents. Dave will be joined by his culinary team, Snappy Valley Foods. Team Snappy Valley Foods is comprised of husband and wife team owners David & Maurine Merten from SnappDog Foods and Damon and Lu Holter from Croix Valley Foods. The team owns and operates Snappy Valley Foods, a co-packer of salsas, sauces, marinades and dry blend seasonings. When not producing food products, they are catering and vending with their BBQ Catering Company, ResQue Caterers or competing in food competitions that have taken them to some of the biggest food stages in the country. With over 40 years combined experience in the restaurant, catering and hospitality industries, Team Snappy Valley Foods aims to bring their culinary expertise and creativity to the forefront at the World Food Championships.