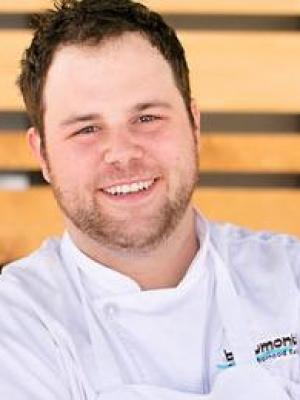 
I moved to San Diego about three years ago to become executive chef of Beaumont's Eatery in La Jolla. Previously i had been the executive chef at The Truffle Pig in Steamboat, Colorado. I knew i was destined for a life in the kitchen and wanted to be a chef, stemming from an active interest in food and all that encompasses it from the age of seven. I went to the Culinary Institute of America in Hyde Park, New York, earning my AA degree in 2003. My first job out of the CIA was at Spiaggia in my hometown Chicago, working for celebrity chef Tony Mantuano. Here, I immersed myself into the fast-paced environment, learning about refined Italian cooking. Ready to take on more, I moved to New York City. Under the mentorship of Chef Zak Pelaccio, I came to discover cooking as an all-encompassing form of self-expression. Eventually returning to Chicago, I worked for Chef Michael Kornick at Mk, Chef Steven Wambach at Epic and at May Street Market before making my way out west. I believe in using fresh, high quality ingredients combined with classical and modern cooking techniques to produce creative, flavorful dishes.