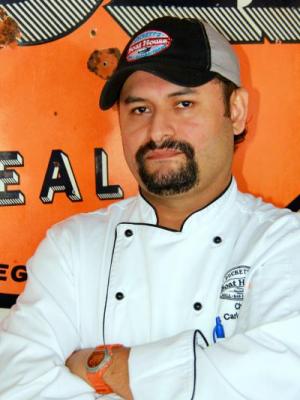 
Garcia's culinary career began at the age of 12 years old in Guadalajara, Mexico. After graduating from Escoffier Culinary School In Guadalajara Jalisco, Mexico, he became executive chef at Oui, a French restaurant in Guadalajara. Seeking new opportunities, Garicia and his family moved to the United States 15 years ago. He began his US career as Executive Chef at Pie in the Sky Pizza, Mount Pleasant Grille, and Jeffrey's Grill in Tennessee. Garcia is currently the Head Chef at Puckett's Boathouse in Franklin, Tennessee.