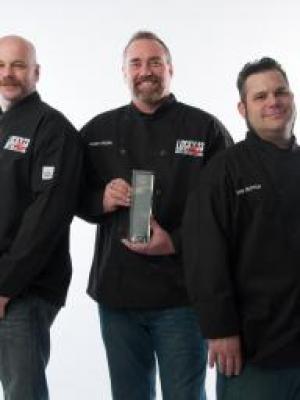 
There are a number of words that could describe Jason Stucki: firefighter, traveler, explorer, chef. Jason's diverse approach to life mirrors his passion for culinary; seek and succeed. Growing up on a farm and working in family-owned restaurants, Jason developed a passion for food at an early age. His desire to learn ranges from Pizzaiolo school to learning traditional French cuisine in Paris, and that doesn't even include personal culinary journeys to destinations across Europe, Central America and southeastern Asia. Jason appreciates real food and the quality ingredients it takes to make great food. This is what led him to open his second restaurant, Lucky 13. Boasting Salt Lake City's best burgers and house-smoked bacon, Jason was crowned World Burger Champion in 2012 and has won numerous awards since entering the BBQ competition world in 2013.