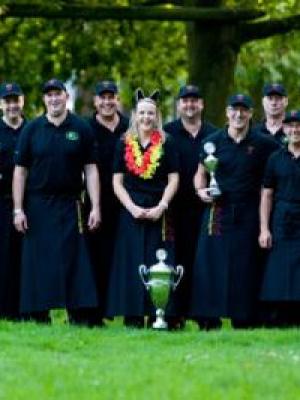 
We are a Belgian barbecueteam founded in 2008. Since that time we became a group of close friends with a love for barbecue. Our team captain Dimitri Schoofs is our culinary mastermind. We became Belgian champion in 2010 and in Hasselt this year we achieved first price in chicken.