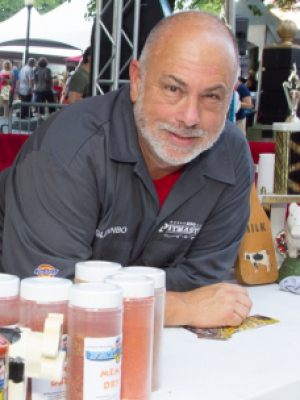 
We won City Paper/Philly Magazine's Best Sandwich 2014 We traveled all over the world, for both business and pleasure, but traveling and eating my way through the “BBQ belt” (Memphis, Kansas city, Texas, The Carolinas), was always my favorite travel itinerary. We noticed that most of the BBQ restaurants out there were “Mom & Pop” operations, owned by very colorful local characters, who really did know what they were doing when it came to making BBQ. These operations ranged from roadside shacks and grills to 8000 square foot restaurants. It was then that we came to the realization that there was a need for an outstanding BBQ restaurant chain. How many times have you let “truly” GREAT food pass you by, only to realize later on what a H U G E mistake you made in your lunch, dinner or catering choice. You spent too much money for an inferior meal. You beat yourself up because you didn’t make the right choice, or you listened to someone and you knew better. I know how that feels, because I have been in your shoes many times over the years. We started asking questions and picking the brains of some of the best Pitmasters and BBQ aficionados from all over the country. In some cases I didn’t get too far, because all of their recipes and smoking techniques were closely guarded “secrets.” we were grateful to take what we could get from whomever would talk to me about BBQ. We paid special attention to how customers reacted to some of the greatest BBQ they had ever tasted. They couldn’t get enough!! Even though we sampled some of the best BBQ in the country, deep inside of me, we knew we could do it better, MUCH better in fact, and more efficiently. So the journey began!! After several years of R & D, and much trial and error, long hours and countless sleepless nights, we finally came up with the right combination of meats, rubs, spices and sauces, which turned into the recipes that Fat Jack’s still uses to this day. Apparently, all of the efforts, the trial and error, the research (yes even the long hours and sleepless nights has paid off in a big way. As of today, Fat Jack’s BBQ has won more than 200 local and national awards, grand championships and state championships for ribs, shoulder, brisket, chili, wings, sauces and more. It has been an incredible ride!! A ride which will continue for many years to come. More important than all the trophies and awards, is the fact that at Fat Jack’s, we have a fun, working environment and we take GREAT PRIDE in the food that we serve to you!!! Yes, it can be demanding at times, but we also believe that there must be a balance between work, family and quality of life. At the end of the day, though, we are able to sit back and say “WOW,” what a great job we did today. That to me is extremely satisfying. Fat Jack's currently operates 4 locations. 3 in the Philly/Metro Area and 1 in Upstate NY, with more locations opening soon! We were also featured on BBQ Pitmasters on Destination America This year too! "Like" us on Facebook! Search Fat Jack's BBQ "Follow" us on Twitter @fatjacksbbqblvd Vist our website at www.fatjacks.net