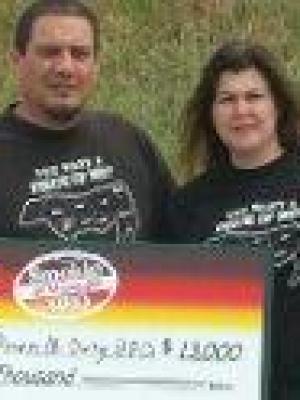 
Smokin in Mesquite has been one of our favorite contests. This was our third time competing here, Arlie Bragg puts on the best competitions we have been to by far. Winning GC among the ranks of so many top notch teams was amazing! Along with winning the contest Arlie awarded us the Nevada State Championship, and also the Golden Ticket to the World Food Championship. Our team that started cooking in 2009, out of Pacifica, CA. Just had its most memorable moment, thank you Arlie. BIG B'S DOWN N DIRTY BBQ is looking forward to the WORLD FOOD CHAMPIONSHIP 2014!