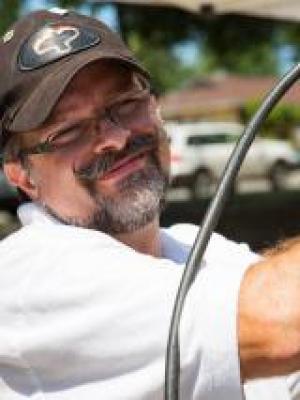 
As the head cook of Raven's Fyre BBQ, I have been competing in competition barbecue for 12 years. In that time I've won several grand champions and a trip to The Jack, have collected a wide array of trophies and ribbons for both competition meats and extra categories. To help grow the sport of competition BBQ, I am part of a team that teaches several competition classes each year. Along with barbecue, I also compete in CASI chili and Dutch Oven events. WFC 2014 marks my third trip to the World Food Championships. At the inaugural event in 2012, I competed in the Burger category, finishing in the middle of the pack. Last year, I won my way into the Sandwich competition as a Food Champ Challenge finalist, where I finished in 9th Place. I'm looking forward to applying my 12 years of BBQ and chili competition skills, as well as everything I've learned at the last two WFC events, to this year's sandwiches. It's Vegas Baby!