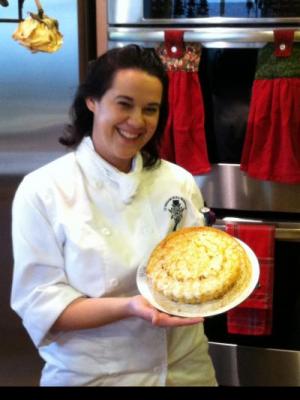 
I am a Culinary graduate and current student in Patisserie and Baking at Le Cordon Bleu College of Culinary Arts. I have decided to continue my schooling at LCB to obtain my Associates Degree in Patisserie and Baking, and will be graduating in June of 2015. During my tenure at Le Cordon Bleu I have been bestowed the honor of Vice President of the Student Counsel, and Team Captain of the Culinary Competition Team. I am following my culinary dreams based on all the fun and loving memories I had growing up in the kitchen with my Mother, who passed of cancer when I was a young teenager. She is my inspiration, and one day I plan to open up a bakery in her honor.