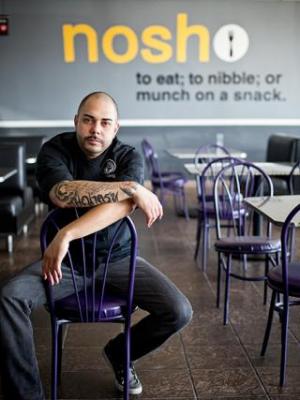 
Chef Steve was born in California but moved to Las Vegas at a young age. While growing up in Southern California he was helping and learning many things in his family’s kitchen. His Family owns a neighborhood Thai restaurant for over 25 years. So he knew cooking was definitely his niche. Many of his cooking influence derive from his background and the love of Asian cuisine. During high school he decided to take up cooking professionally and after graduating decided to continue forward into the culinary world by opening the Bellagio hotel working the main kitchen in 1999. He first became an executive chef at 23 at Tenaya Creek Restaurant. He was with The Stirling Club property for 10 years 5 of those years it was under Charlie Palmer Management. Also simultaneously opened a side catering business called Cravings Catering from 2005-2009. After The Stirling club had closed it's doors back in May of 2012 he and his wife decided to open their own mom & pop small plate style restaurant called nosh & swig which opened December of 2012 - till present.