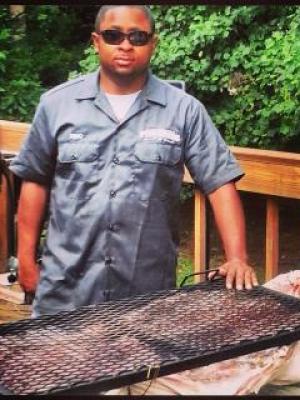 
The Rolling Grill was started by Pitmaster & Personal Chef Eric Thomas. After years of cooking for family, friends, working in corporate America and a few stints of cooking in the restaurant industry, Eric decided to take his show on the road and in 2004 The Rolling Grill was born. Eric's vast knowledge of BBQ & food has given him the opportunity to compete on the Hit TV Show BBQ Pitmasters, allowed him to write a How to Start a Homebased Food Truck Business book that was published in July 2012, be 1 of 30 Pitmasters from around the country asked to be a BBQ Brand Ambassadors for Garland Jack Secret Six BBQ Sauce, worked with Coca Cola & Tyson's Chicken promoting their brands at Sam's Club's and local stores around the country. Eric now has a Que School, that teaches BBQ 101!