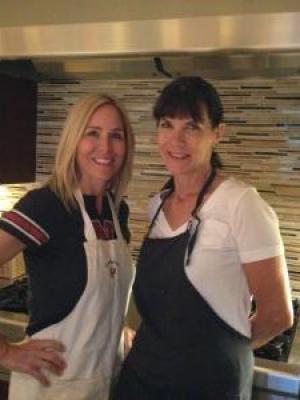 
Janet Laidler's career began as a chef began in England in1985 when she was hired as a private cook for the Morgan family. During this time in Europe, that I she attended Ritz Escoffier in Paris, FR. Since then,she has worked and cooked for many high profile families, celebrities, sports figures, and even US Presidents. Her favorite job was in Chicago working for Larry and Edie Soldinger, owners of Cosentino winery. While there, she cooked meals for many celebrity chefs and restauranteurs such as Hubert Keller and Jon Joho. The experience really brought her into the wonderful art of wine pairings with meals. Presently, she is employed as private chef in Las Vegas, NV. But, is also working on a project that is very close to her heart. She is creating a cookbook for Parkinson's patients. Janet's father, who has Parkinson's disease, is her inspiration.