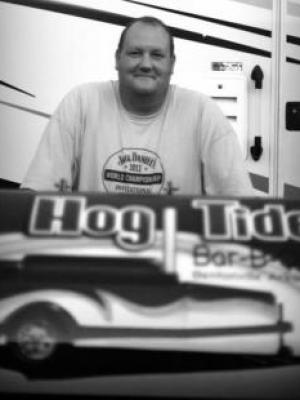 
BBQ has been in my family for three generations. In fact, it dates back to 1934 when a famous southern Barbeque recipe was handed down to my grandpa who subsequently began to offer it in his SW Missouri restaurant(s). Soon the popularity of grandpa’s BBQ spread and the family became a frequent caterer to the community. In 2006 I started to take an interest in the old recipe and later that year started the Hog Tide Bar-B-Que competition team.