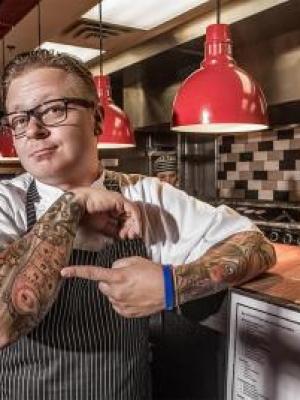 
As the executive chef of Bar 145, Robby Lucas is able to bring his own brand of fine dining and “big city” culinary trends to smaller, “locals only” markets. Representing a fresh take on fine dining—without the price or the table cloths—Robby’s kitchens serve food made with passion, dedication, and innovation. Devotedly acting as a culinary mentor, Robby is able to instill his love of food in anyone daring enough to enter his kitchen’s doors.