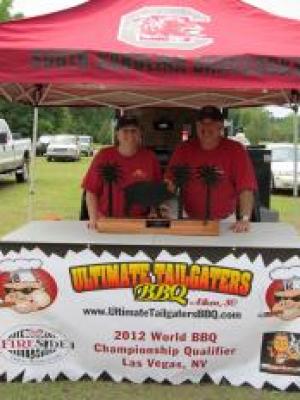 
Ultimate Tailgaters BBQ has been competing `professionally for the past 3 years. We are from Aiken, SC and compete mainly in the SCBA, SBN, and some KCBS events. We have 4 Grand Championships this year and were fortunate to qualify & participate in the 2012 World Food Championship as well. We are big tailgaters & fans as well for the South Carolina Gamecocks. We love to tailgate at all SC home & away games. Luckily this year's event is during our open date so we won't miss a game. We also won the 2013 National Collegiate Tailgating Championship this past August in Atlanta, GA at the Georgia Dome.