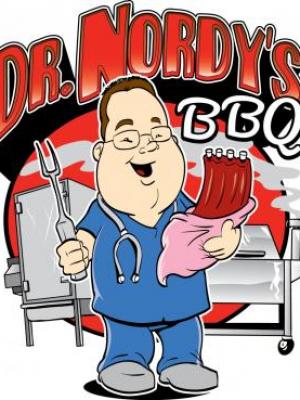 
Jeff Northcutt is an Obstetrician/Gynecologist AND the pitmaster of Dr. Nordy's BBQ. Dr. Nordy has been "delivering" high quality BBQ and competing in Kansas City Barbecue Society barbecue competitions since 2012. Though only competing in 8 competitions so far this year, Dr. Nordy's has scored two Grand Championships. The latest one, the Cherokee Strip Cookoff in Ponca City, OK, qualified him for the WFC this year. Jeff loves to compete, and BBQ competitions are "something a fat-kid can compete in and do well."