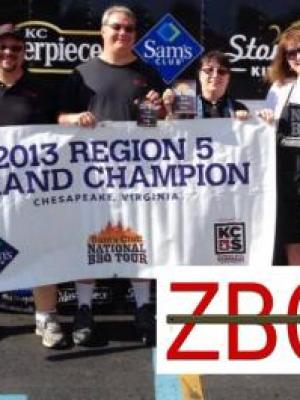 
Chris and Joan Clegg, and Paul and Ann Zonfrillo are the ZBQ Competition Barbecue Team. Friends for over 30 years, they started competing in 2006 with a single contest, Growing from a handful of contests a year to close to 20 a year today, ZBQ competes mainly in the northeast and mid-Atlantic, with national events like the World Food Championships taking them much further afield. ZBQ is one of the top teams in New England, and the only team from Rhode Island to win a Grand Championship. (6 and counting) Competing together for 7 years they have a passion for barbecue and the spirit of friendship, competition, and adventure that accompanies a barbecue cook off.