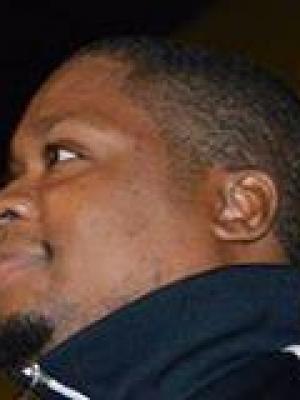 
He’s born and raised from Queens, and even though he isn’t a formally trained culinary professional, Adrian more than makes up for that with his twisted competition ready creations (from duck fat cannoli filling to gator & shrimp chili) , his stunning record of participation in competitive cooking known nationwide as "TakeDowns" as well as other NYC based cook-offs over the past 4 plus years. In addition, appearances on "Chopped", Japanese TV, the documentary "Bacon: A Love Story, and being featured in the New York Post have put him on the radar of competitors citywide. Adrian also has a passion for entertaining along with public speaking. Adrian welcomes the opportunity to take on any amateur or professional who step into the arena with him! Adrian's inspirations are his loving mother & grandmother whom he has watched do their thing in the kitchen since he was a lil' tyke! Adrian and his battle with General Anxiety Disorder has fueled his competitive fire and served as an amazing outlet for his creativity, a boost to his confidence and psyche, and a release of any anxiety real or created (LOL!)There's nothing better for Adrian than serving up a meal or a "bite" to a salivating public! That's Adrian's real pleasure win, lose or draw.