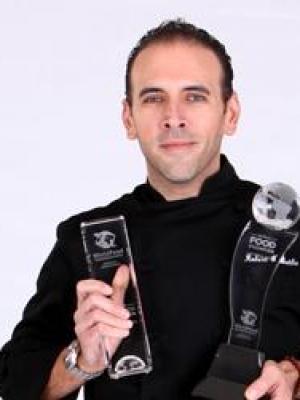 
Originally from Las Vegas, Chef Robert Butler has been working in professional kitchens for thirteen years but did not attend culinary school. The various kitchens and influences Butler has had throughout the years, along with hard work and determination, schooled him in the ways of culinary greatness. Chef Butler lists Chef Sam Pollack, Chef David Kellaway CMC and his mother, who was a chef for 30 years, as his greatest culinary influences. Butler has held Chef Positions for MGM Mirage™, Aramark, Station Casinos® and currently Caesars Entertainment® Corporation. 2012 World Food Champion 2012 World Sandwich Champion