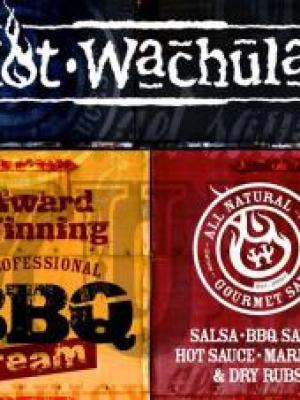 
Hot Wachula's as an all natural gourmet sauce company located in central Florida. We were recognized on NBC’s The Today show as a trendsetter in the zesty food industry and have won numerous tastes awards across the country for our line of salsas, jerk marinades, bloody mary mix, grilling and hot sauces. In 2009 we started competing in the professional BBQ circuit. In 2013 we are ranked in the top 2 overall in the Florida BBQ Association. In 2012 we finished 9th overall in the World Food Championship BBQ Div.