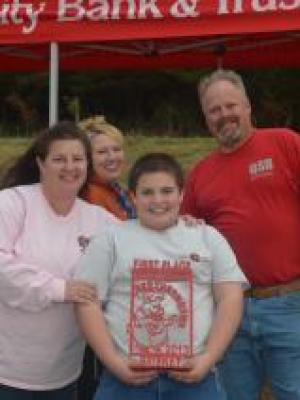 
Que'n Stew'n & Brew'n Scott Smith is the owner of Southern Q Smokers. Scott's BBQ record consists of numerous Grand Championships in KCBS competitions. 5 - 180 Brisket scores, Top 25 in KCBS 3 years in a row, Sam's Finals 3 years in a row. He is considered one of the best in Georgia on the competition circuit. Scott has competed professionally for 4 years. Other team members include Lynn & Christopher Smith, Mitchell Bedwell, & Kevin Taylor. Scott is well known in the southeast for Smokers & Trailers with great BBQ. Southernqsmokers.com has over 100 titles in competition BBQ.