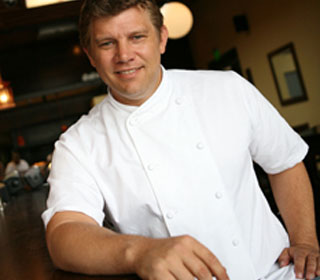 Chef Ben Ford is most known for his famous restaurant in Culver City Ford's Filling Station and his newest additional restaurant just opened in the Delta terminal at LAX. The acclaimed chef and restaurateur, Harrison Ford's son, is one of Southern California's brightest culinary stars. His dishes celebrate the cycle of life and freshness of the earth. He has appeared on Iron Chef America, The Today Show, Martha Stewart, Jaime Oliver's Food Revolution and Bizarre Foods with Andrew Zimmern using each as an opportunity to teach his sustainable, craft-driven philosophy of cooking. Chef Ben Ford has also been a great partner with Dole Packaged Food for the past five years as the celebrity chef head judge for the Dole California Cook Off.