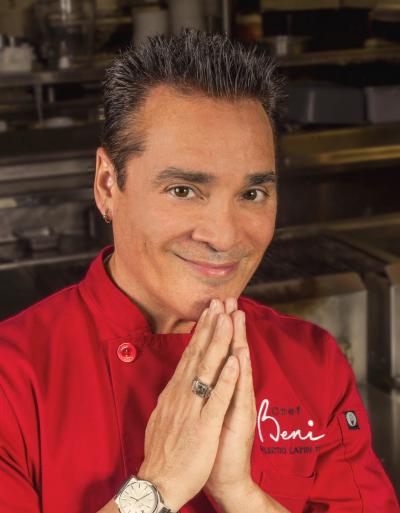 Restaurateur and Executive Chef Beni Velazquez was raised in New York City. The dishes he creates are based not only on the food he was surrounded by growing up, but also by his extensive travels throughout Europe.
Chef Beni solidified his place in the local Las Vegas restaurant scene Downtown in the Las Vegas Arts District. He is not only an accomplished chef, but also a contributing food author, food stylist, consultant, nutritionist, and culinary public speaker.
Chef Beni’s eclectic style of Latin cusinine has earned him a spot in several "Best Of" lists in national, international and regional publications; Zagat rated “One of One” in Pan Latin cuisine, Three Squares Food Bank’s Chef Council in Las Vegas; Chef Representative for March of Dimes; along with Flavors of the Heart Chef for the American Heart Association. Chef Beni has also been a contestant on Food Network's Chopped and is now looking to open his newest venture in Summerlin—Latin Fish.