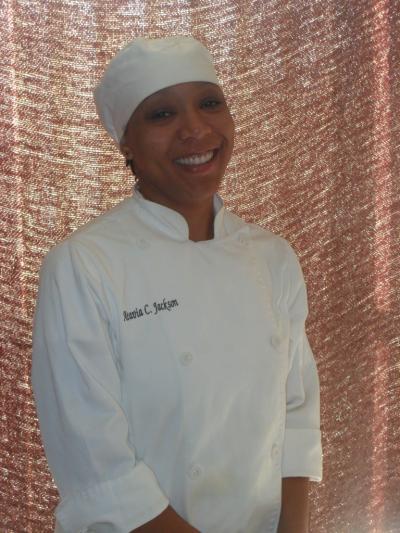 One part Southern California, one part Southern Georgia, and one part Las Vegas attitude, Atavia is a African-American who grew up in Escondido, trained in Las Vegas kitchens, and has spent the better part of a decade honing her vision, developing skills, and fine tuning a repertoire that takes Schizophrenia to another level.
Her culinary adventure began in 2007 when she began to really take her love for food to the next level working front of the house with Sammy's Wood fired Pizza. The position she was working at the time was soon to be abolished so she went to her immediate supervisor and let it be known that she wanted to try her hand at working the line. the rest was HERstory. Today she aspires to be a young and forward thinking chef with a culinary style that draws inspiration from her southern roots, Las Vegas training, and her embrace of non GMO organic, coupled with the best ingredients from local farms.