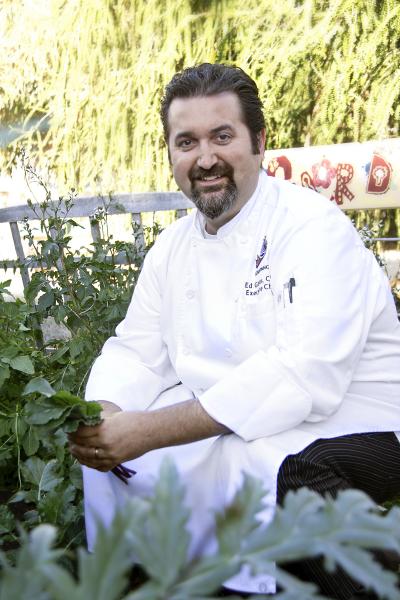 Executive Chef – Associate Director, Ed Glebus, CEC
Passion for cooking is in Ed’s genes. His grandmother was a successful restaurateur in Massachusetts and Ed grew up appreciating outstanding food and service at an early age.
Ed is influenced by the farm-to-table concept of harvesting natural ingredients at their peak and helping them shine through the use of classical cooking techniques. He has previously held many management positions, including General Manager at CulinArt, overseeing food and beverages for Qualcomm.
Ed holds the prestigious Certified Executive Chef certification from the American Culinary Federation (ACF). He has medaled several times in ACF hot food competitions (including gold) and was recently inducted into the prestigious Le Chaîne des Rôtisseurs Society. Ed, classically trained in Italy’s Slow Food cooking techniques, aims to delight the campus community each day with delicious and nutritious offerings.