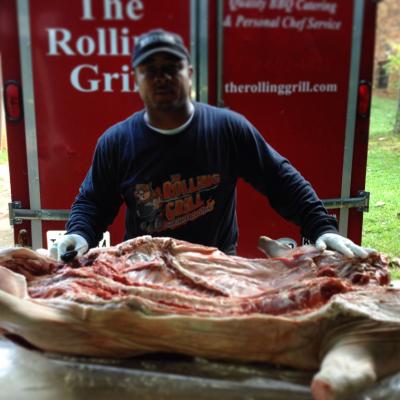 The Rolling Grill is all about BBQ & Personal Chef work, whether it's Catering or Competitions... and Pitmaster Eric is all about cooking good Bar B Que. He has years of experience in Teaching, Cooking & Catering delicious Bar B Que around the country.

Eric's vast knowledge of BBQ & food has given him the opportunity to compete on the Hit TV Show BBQ Pitmasters Season 4 & 5, and allowed him to write a How to Start a Home-based Food Truck Business book that was published in July 2012. Eric's newest endeavor is a line of seasons that features his awesome Georgia I-20 BBQ Rub!