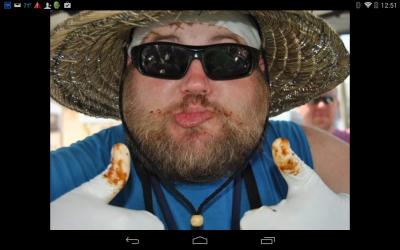 After 5 full years of competition, GoneHoggin.com bbq team is at the top of their game in competition bbq. . I feel that there is no team right that has the passion or sickness I display on a daily basis. I will cook a contest in my head everyday just to keep it fresh. I am always troubleshooting and creating new methods of cooking methods to keep my competitive edge.
For the most part I am a one man team, especially on the first day of competition. My brother comes in on game day to revive the cooking site with a well rested body. Two of my grand championships have been won on solo cooks by myself.

There is nobody out there that will out work me at a competition.

Remember don?t be the first to fall asleep or you will receive a visit from "The Machine"