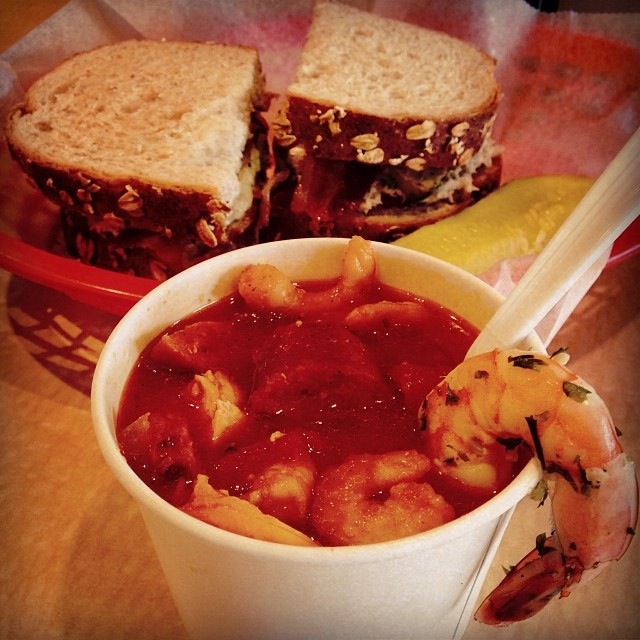 I started out working in various restaurants and moved into managing several more through out my early years as a Chef. I moved into my own catering business and co-owned a night club in Burlington VT. From there I went into back stage catering for musicians. I spent the last 15 years as a professional caterer, 11 of which consisted mostly of music concerts. A self-taught chef, I fed a seemingly-endless list of interesting people, a practical “who’s-who” in the music world. Such notables as Bob Dylan, Elton John, BB King, Bonnie Raitt and Lyle Lovett are just a few of the more recognizable names of those who have sat down to enjoy my cuisine. In that former life, my team and I would prepare and serve all meals backstage for touring musical talent of every genre, including filling the dressing room rider. (Think “no green M&M’s). and stocking the buses! I moved to FL in 2008 to follow my wife through her career and decided to open up a restaurant due to the fact that there was not any good 'FRESH' restaurants in the area. Everything was either Fast Food or Chains!

With the opening of That Deli, I have again been feeding a special crowd—those who seek unique and appealing cuisine that can be found no where else. No backstage pass required.