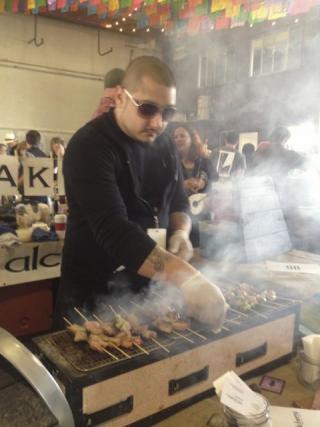 Ricardo began cooking at the age of 9, intrigued with the complexity of the kitchen he began his own experiments in his grandmothers kitchen. After having his first daughter at the age of 23 he began his career in the culinary field. Honing his skill in kitchens with various ethnic backgrounds, from the Caribbean, South East Asia, Mexico and Europe, he moved to San Diego. With his partners they opened Alchemy Restaurant. In addition to being the Executive Chef he created Scratch, a culinary division teaching elementary and middle school students. He also orchestrated a full service off site catering department while donating time to San Diego’s troubled youth and less fortunate. After a chance encounter with food competition Ricardo has focused his sights on culinary competitions with one goal. Eliminate all competition to become the most successful and diverse opponent in Food Sport.