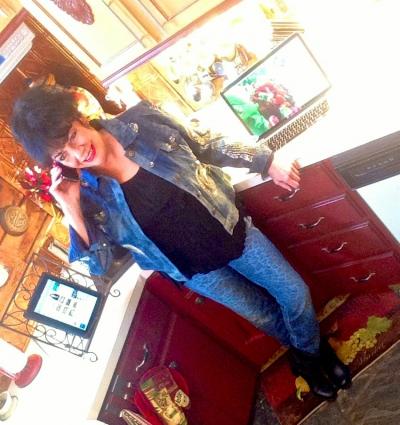 Sandi is a graphic artist who discovered the world of Competition Cooking in 2010 and quickly became hooked on creating out-of-the-box gastronomical delights for all types of cooking contests!

To date, she's been in 7 National cook offs and finalist and/or semi-finalist in a variety of contests, including the 2013 Country Crock Star Casserole Challenge, National Beef Cookoff, Anderson Live Cookie Challenge, Ritz Kick Up the Kick Off Recipe Contest and Pork Be Inspired Dibs On My Ribs Cook Off.

Some of her wins include the 2013 Pasta Prima How Do You Chicken Mozz? Recipe Contest, the California Avocado All American Recipe Contest, the Bull Outdoor OKC Bull Burger Battle and the Maple Leaf Farms Strut Your Duck Recipe Contest which qualified her for WFC this year in the Recipe category. She was also a First Place Winner in the Beringer Great Steak Challenge.

So far this year Sandi has won a first place spot in the January, February & March McCormick Go For Gourmet Contests and the Ile de France Cheese Holiday Contest, with Grand Prize wins in the Jacob's Creek Kick Off Chili Season Contest and the Simply Potatoes 5 Ingredient Fix Contest. She was honored to be 1 of 8 finalists this June in the Pork Be Inspired American Top Chop Griller Contest and she can't WAIT to compete again this year at the World Food Championships in Vegas!